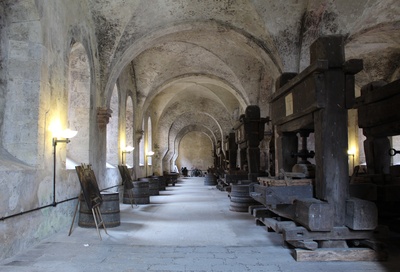 The persistence of errors that have once been included in the textbooks is hardly comprehensible. It is particularly grotesque if the simple observation of one’s own body or of one’s own children/partners/friends is sufficient to make the opposite clear. Here is an example of an absurd concept, which in some countries is used as a rationale for many insoles that then end up unworn in the cupboard.

‘We are standing on the heel, MTH 1 and MTH 5. If MTKH 2-4 touch the ground under load, a splayfoot is present’ – descriptions like this or similar define an anatomical and functional structure that does not exist: the ‘anterior transverse arch’. This arch at the level of the metatarsal heads as a prerequisite for not having a splayfoot and walking through life without insoles is taken for granted in many textbooks, magazines or websites dealing with foot deformities. Who presses with reasonably healthy feet on the ground, touches the ground with all five metatarsal heads.

The idea of a transverse arch at the level of the metatarsal heads is also connected to the model of the three-point-stand. Foot models have a long tradition and are intended to facilitate understanding of essential functions when walking. They may therefore also contain errors due to simplification. However, these errors in a model should not become the basis for non-existent clinical pictures and influence examinations and therapy recommendations.

To avoid misunderstandings: In dead people and also at rest in people alive, an arch at the level of the metatarsal heads can exist. However, it disappears under pressure, except in the case of some foot deformities. Further proximally, at the level of the metatarsal base and beyond, transverse arches are also present also when put under load. This is deep in the foot and not visible. The retrocapital support of the metatarsal heads is also perceived by many people as pleasant, especially if they have been used to it for many years. This has nothing to do with the “erecting of the transverse arch”, even if this sometimes slips over the lips of the expert as a banal explanation.

Conclusion: Retro capital support for painful forefeet can be tried out for individually manufactured insoles. Those who have a reflex-like grip in the box with the pads to provide a support to raise the transversal arch to each and every one should take part in medical education courses.

– more nonsense? Please write what you experience at DFS as nonsense, but it is a well-established practice. I’m sure we’ll find a long list…