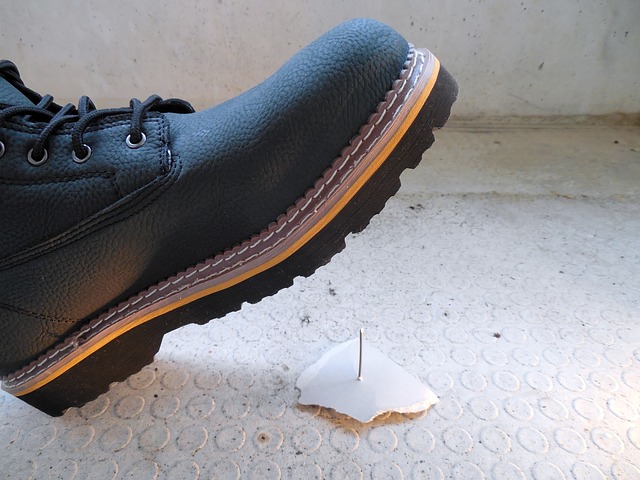 Shoes are the Main Cause for Diabetic Foot Ulcers

The persistence of misconceptions in medicine is amazing. Once they have found their way into literature, they are often quoted and exchanged again and again. Sometimes they seem plausible at first glance and are only harmful if therapies are too consistently oriented towards them. This is the case in the following example:

‘Plantar ulcers are caused by bad shoes.’ – For the vast majority of people, however, the same shoes would be suitable for wearing without creating any ulcers. Doctors in developing countries recommend that their patients wear shoes first of all, as the main cause of ulcers in these countries seems to be injuries when walking barefoot.

So why should the shoes cause ulcers on the sole of the foot? In the end, the shoes are only the abutment against which a bone prominence inside the foot presses and traumatises the tissues in between. The shoe is interchangeable with any other abutment: other shoes or the floor when walking barefoot. The disorder lies in the foot, which unrestrainedly pushes the bony prominence towards the ground. The disturbed foot with reduced sensation of pain, reduced fatty tissue padding, reduced intrinsic musculature and possibly reduced flexibility due to a shortened Achilles tendon develops ulcers from a certain degree of vulnerability in everything that is not perfectly adapted to it. The shoe might not have been able to avoid the ulcer but is not the cause. In a fatal car accident, the seat belt and airbag could not prevent the death of the driver but they were not the driving force behind the accident. This difference is important because better seat belts are a good thing, but their effect is limited. Avoiding accidents at all is better, because it really addresses the cause.

What shoes can, however: They can be too tight and restrict feet transversely. Thus, they can cause ulcers strictly medial at the head of MTK 1 of a hallux valgus and strictly lateral at MTK 5 as well as interdigital ulcers. However, these localisations account for only about 10% of all ulcers. In the case of lesions of the toes in the area of the circumference (front, side and medial), shoes that are too small are often wrongly accused because a plantarisation is overlooked. This means that deformities bring sections of the skin to the ground and make them part of the weight bearing area, that are not prepared to carry load. This might be due to twisting, clawing or overstretching of toes. These new parts of the contact surface are not intended for this purpose and do not have any elastic cushioning material. Then it looks as if the ulcer is caused by shoes pressing from the front or from one side. Often it is only when put under load, that the shortened tendons take effect and pull the toe into the distorted position.

It is important not to blame the shoe incorrectly, because this mistake leads to the wrong choice of further therapy. The shoe has a difficult task, because it protects but often also disturbs. Dicussions with the patient, but also repeated corrections of the footwear are necessary. However, if the concept fails, e.g. because the patient too often decides not to wear the prescribed shoes in everyday life, this should lead to rework the whole concept. In occasion of the umpteen recurrence, the rework should not concern again the shoe. Alternative offloading methods are easy to find using the concept of entities. The question of whether the shoes were ‘always worn’ or not is superfluous, because only very few patients wear only the prescribed shoes. The interpretation of the response then only leads to further errors.

Conclusion: Patients with ulcers of the circumference of the feet must be examined for plantarisation while standing. In the case of recurrences, investigating the wearing habits of shoes is a one-way street in misinterpretations. It makes more sense to ask oneself and not only the patient ‘What can we do better to stop this from happening?’ The patient cannot know which surgical alternatives are available. It is the therapist who must ask himself why the ulcer exists exactly at this point and why he does not recommend surgical therapy for this patient.

– any more mistakes? Please write what you find to be wrong at DFS, but which is fully established!